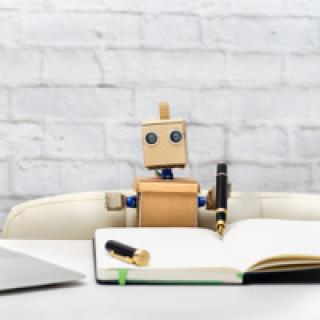 The vast majority of the world's current education systems were designed to prepare people to be employable economic contributors in a world of work created by the industrial revolution. Until fairly recently, this 20th century education system has served much of the world fairly well. However, there's a new industrial revolution taking place and it's transforming the world in which we live and work right before our eyes.

Which means that unless the education models of the world change as dramatically, and as quickly, as the world in which they exist, the children who are starting out on their education journeys today, are unlikely to be prepared for what awaits them in the workplace a decade or two from now. What's more, if tertiary education doesn't fundamentally and rapidly transform itself, it is going to be woefully unprepared to give the students of 2030 the education they need, let alone do so in the way that they expect.

What will those students of 2030 be like? What will they need to learn over the next 10 years to ensure they are able to thrive, lead and contribute to the economy of the future? These are extremely difficult questions to answer. Not because 10 years is a long way off. It isn't. But because the Fourth Industrial Revolution (4IR) is having such a massive impact on the world, literally on a daily basis, that even the most futuristic of predictions are likely to end up being laughably conservative.

That said, the general consensus seems to be that the graduates of 2030 and beyond will exist in a world that is entirely contained on their mobile devices (yes, even more than they already do). Of course, thanks to Artificial Intelligence (AI), those devices will look nothing like they do today, and most will probably be virtual. Many of these graduates will be entirely comfortable with a completely digital life, and many will have spent much of their schooling and tertiary education in front of a screen, or following the instructions of a robot, rather than engaging with a real-life teacher or lecturer. In fact, some of them may have obtained their degrees without ever setting foot in a physical university building. While this will undoubtedly have impacted on their social skills, it will also ensure that their education has been highly personalised.

At a more personal level, the young adults of 2030 are likely to be the most diverse, tolerant, caring, and socially and environmentally aware generation the planet has ever seen. Which is just as well, because they will have some very big social and environmental problems to solve. They will live in a highly commoditised world where products as we understand them have given way to services. Think Uber everywhere, versus owning a car. They'll also live longer than any generation before them, be more entrepreneurial, innovative and creative than their parents or grandparents, and expect to be very stimulated, challenged and well rewarded by the work they do. Oh, and some of them may not even live on earth. But that's a tale for another article.