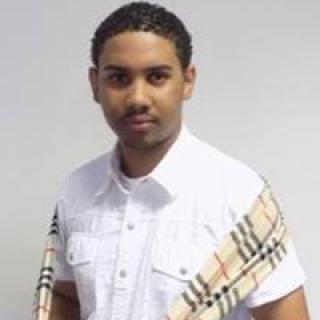 The cohort of young academics conducting creative economy research is expanding thanks to the South African Cultural Observatory’s (SACO) successful scholarship and bursary scheme which has supported a total of 16 young scholars since 2015.

For the 2017/18 period, the SACO awarded seven scholarships worth more than half a million Rand. These scholarships were awarded to three honours, three masters and one doctoral student from the Universities of Pretoria, Johannesburg, Rhodes and the Cape Peninsula University of Technology.

“The fundamental role that creativity and culture plays in the growth and development of the knowledge economy is often overlooked. Because of this, scholarship in these sectors remain chronically under-funded.

“The SACO seeks to remedy this and meet a real need for research to better understand the creative economy through our dynamic scholarship programme which supports young academics interested in the creative and cultural industries,” said Prof Richard Haines, SACO chief executive.

Jane Thandi Mampane from the University of Pretoria was awarded an honours scholarship.

“The historical racial notions that are attached to beauty identities are the underlying factors that make up the markets of beauty products for black consumers. I wanted to explore how skin lightening and hair straightening products were identified as gateways for people to attain social, economic and political privileges in a racially divided society,” Mampane said.

Mampane submitted her final research paper in December. “The SACO scholarship helped me enormously. I am from a poor economic background and would not have been able to afford to do my honours without the SACO’s support. This scholarship opened up my doors to even bigger aspirations,” she said.

Masters scholarship holder, Jean-Pierre Lesch, from the Cape Peninsula University of Technology, is researching the importance of investing in the arts and culture industry in smaller South African municipalities. His research highlights the South African government’s role in prioritising arts and culture activities in the country – particularly within the Saldanha Bay Municipality.

As a performing artist and resident of Saldanha Bay, Lesch is exploring how pressure from interest groups and organisations may compel government to invest more resources and funding into arts and culture development.

“Investment in the arts and culture sector can help to boost South Africa’s economy. People often don’t realise the role this sector can play in generating jobs for the youth of the country. This research is important to me as I personally know the struggle of actors and other performing artists. My research will provide information that will help small municipalities lobby for more support from government for arts and culture development,” Lesch said.

“The SACO scholarship helped me tremendously. It has allowed me to further my education and at the same time concentrate on an issue that I believe has been overlooked for too long,” he added.

The SACO is a project of the Department of Arts & Culture (DAC), hosted by the Nelson Mandela University in partnership with Rhodes and Fort Hare Universities.