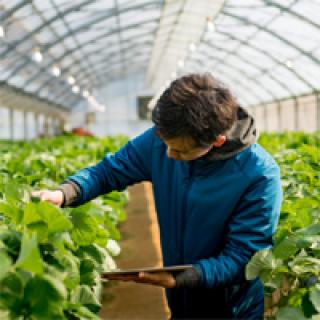 Persistent unemployment has become synonymous with the youth experience across South Africa. Youth unemployment rates are almost four times higher than the regional average – 62% of South Africans between 15 and 35 years are unemployed and of these 60% have never been employed.

Add to this the fact that even those who have jobs are earning below what is considered to be a monthly living wage and what emerges is youth employment crisis.

The agricultural sector could be a key source of job creation for young people. But conventional opinion has it that they are turning their backs on the sector despite high levels of unemployment. So what gives?

Drawing on personal narratives collected from 573 young people across three provinces in South Africa, recent research has begun building a picture what young people think and feel about work in agriculture.

Overall, the prevailing notion that they are turning their backs on the sector seems to hold true. Over 60% of respondents felt that it was harder to make career decisions relating to agriculture than other careers.

But our research dispels the view that this is because of a lack of interest. Based on our interviews, more than half of those surveyed suggested that they saw a place for agriculture in the long-term visions for their lives. This was either as a useful stepping stone, or as an exciting option in its own right.

The problem wasn’t a lack of interest: rather it had to do with the fact that jobs in agriculture were either back-breaking and financially unappealing – at the subsistence level – or they were in large agri-businesses where workers are often treated appallingly.

These voices present a clear mandate to those interested in the future of youth, land and employment in South Africa: open up an economic space for viable family farming in South Africa and young people will throw their energy into the sector.

Unsurprisingly, agriculture appears to carry a stronger set of negative stigmas than other careers. Examples included themes around agriculture being for poor and elderly people, on the one hand, or, on the other, for wealthier white people.

Agriculture was also perceived by many as a risky career path that involved a lot of hard work for little financial reward.

I was 17 and had to put through my university application. I sat my parents down and told them that I wanted to do farming as one of my career choices. They said no, farming was for old people and they didn’t put me {through} school to get dirty running after pigs. They wanted me to do an office job. I had to choose between my parents funding and career.

Other themes that emerged included peer pressure, shaming, racism and substantial family pressure when considering agriculture as a career choice.