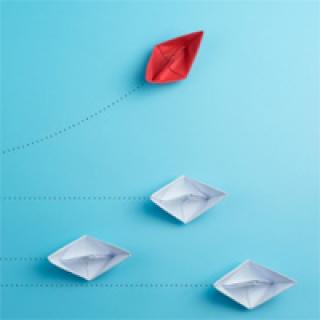 Youth leadership must not be a reserve for challenging times but must be consistent and cultivated from a young age.

She said, in a continent where the majority of citizens are youth, participation of this group in leadership roles should go without saying. Young people should be encouraged to play more leadership roles in every context they find themselves in, she said.

“There is always something broken in our society. When you see it, step up and fix it,” she said to an audience packed with students who have come to know her leadership achievements both as a student as well as post-university.

Mubaiwa held various leadership positions when she was a student including being Speaker of the Student Parliament and a member of Sonop House Committee. She was also a member of the Student Representative Council (SRC). She is now a co-founder of Africa Matters, a youth led non-profit organisation aiming to empower African youth through capacity building in areas of leadership and social entrepreneurship. On completion of her undergraduate studies in Accounting, she pursued her Masters degree in Political Economy of Emerging Markets at King’s College London. Mubaiwa urged the youth to take part and endeavour to make a difference not only in politics but in academia, corporate and everywhere else they found themselves.

In conversation with Mubaiwa was another former SU student leader, Nomzamo Ntombela who became known as the first black SRC chairperson when she took the reigns in 2017 during her final year of undergraduate studies.

Ntombela, will soon undertake her PhD studies at the Michigan State University African History PhD Program in the United States of America.

Ntombela completed her Cultural Anthropology honours studies at SU and did not think she would be accepted to a PhD programme before acquiring a Masters degree, but she was pleasantly surprised when she was invited to send an application which was announced as successful recently.

Speaking about her leadership experience at SU, Ntombela said she came to realise that challenges associated with being a leader did not only pertain to leading people but also dealing with toxic environments and institutional culture. “Why is it difficult for a black student to thrive in higher education more than 20 years after the dawn of democracy?” she asked. Ntombela said she also realised that those who had been in leadership roles before her were often not willing to be challenged which made life difficult.

Ntombela’s acceptance into the PhD programme came after she took part in 2018 in the Ubuntu Dialogue Project, a partnership project between SU and MSU funded by the Andrew W Mellon Foundation to foster international collaboration.