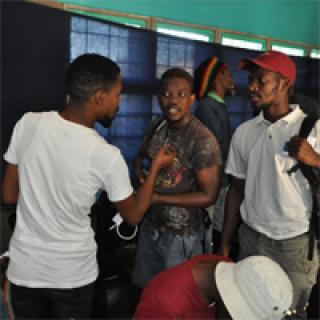 South African youth are unaware of the job opportunities available in the creative and cultural industries (CCIs).

This is according to the South African Cultural Observatory (SACO) which recently concluded a nationwide roadshow delivering eight cultural industry workshops around the country. The workshops examined the increasingly important role of the CCIs in economic growth, development and employment creation in the country.

According to SACO Research Manager, Unathi Lutshaba: “A trend we noticed is that young people are largely unaware of the job opportunities in the CCIs and Arts, Culture and Heritage sectors.”

“The youth seem to have inherited a ‘previously-disadvantaged position’ when it comes to reaping the positive benefits of this sector, and especially to their awareness of and involvement in creative pursuits related to film, theatre and architecture,” Lutshaba said.

“Creative colleges and higher education and training institutes need to align their planning with the Government’s agenda to ensure that young people are capacitated and mentored in the ACH sectors. Local municipalities can also assist by organising capacity-building programmes aimed at facilitating assistance for the youth,” Lutshaba added.

The other three emerging trends from the workshops included:

“Work that looks at facilitating greater knowledge and recognition of the Khoisan and other less represented groups as part of South Africa’s cultural heritage needs the same level of attention as the rest of the identities within the CCIs,” Lutshaba said.

2. Literacy and numeracy are major challenges for securing funding
Many people that reside in rural areas and who are doing culturally useful work struggle to gain access to resources and funding to boost their businesses. This is largely because they do not understand the application documents that they need to complete to apply for financial assistance. This limits their chances of getting access to funding.

“These creative workers have the skills but are unable to access financial support because of challenges related to a lack of basic numeracy, literacy and communication skills,” Lutshaba said.

3. Arts practitioners are not always linked to anything that can be measured
Many arts practitioners form part of an informal sector that is not always connected to something measurable. Crafters are one such example. Crafters are usually categorised as part of the informal sector because, normally, their trade is acquired through skills transfer. They sell their products by word of mouth and displaying them at events and they are not linked to activities that can be directly measured, most especially in terms of economic value.

These key trends and others are an outcome of the domain workshop series, which was both a listening and training opportunity. Facilitating discussions and public engagement, the SACO’s domain workshops focused on developing a mutual understanding of the trends and challenges shaping the arts, culture and heritage sectors and creative and cultural industries which currently contribute 2.9% to South Africa’s GDP.
“Workshop attendees had the opportunity to share points of views and we were able to gather specific information on various issues concerning the status of the cultural and creative industries in the various regions,” Lutshaba said.

“The workshops, which were held in East London, Pietermaritzburg, Bloemfontein, Paarl, Upington, Mafikeng, Vereeniging and Tzaneen have been useful to identify trends and analysis that can propel the sector forward,” Lutshaba concluded.