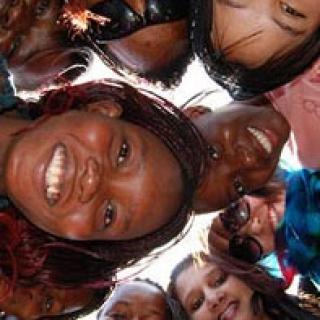 Deputy Minister in The Presidency responsible for Youth Development, Buti Manamela, has called on more young people to get involved in youth clubs, which he says are a model for youth development.

“More youth clubs need to be established and sustained. I want to bring attention to youth clubs as a model for youth development. I want to encourage more civil society organisations to start new youth clubs and provide assistance to existing youth clubs,” he said.

He said his office is planning a Learning Forum on Youth Clubs, and that he wants to use it to advocate for youth club development within government, civil society and the private sector.

“I want to generate knowledge on youth clubs focussing on what works. SAAYC has been a valuable part of the planning team for the Learning Forum and we will continually draw upon your expertise in this area,” the Deputy Minister said.

They also provide a supportive place where young people could learn new skills and find constructive ways to deal with conflict. The Deputy Minister said young people in the youth clubs begin to relate better to their parents and older community members.

The Deputy Minister commended SAAYC, which was establishment in 1937, for the impact it has had on youth over 78 years, saying its continual existence is an accolade that must be noted and celebrated.

“Today, SAAYC remains one of the premier youth development Non-Profit Organisations (NGOs) in the country. Its early investment in youth leadership training has produced many leaders within the civil society movement, the labour movement, the private sector and within government.”

He said SAAYC has helped to shape the discourse of youth development in the country, moving it away from viewing young people as problems to be solved but as active participants in their own development.

The Deputy Minister also noted that the government has released the draft policy for public consultation and comment.

“The National Youth Policy (NYP) is an important document. It provides policy direction to government, civil society and the private sector on key youth development matters over the next five years.

“SAAYC will be pleased because the NYP is framed by the language of positive youth development. It engages young people as a positive force for transformational change."