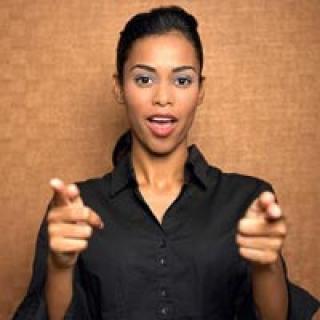 The 2014 State of the World Population Report, unveiled by Social Development
Minister Bathabile Dlamini on Tuesday, says countries must invest more in the youth.

"These are the people who will be instrumental in building this country towards
prosperity, but only if we invest in their education, in their health including sexual
and reproductive health and rights, recognise the importance of their involvement in
planning processes and make sure that they are given equal opportunities to develop
to their full potential,' said the Minister.

The theme of the 2014 State of the World Population Report is "The power of 1.8
billion: adolescence, youth and the transformation of the future'.

According to the Minister, the report provides the latest trends and statistics on
adolescent and youth populations worldwide, which then "gives us an opportunity to
reflect on ourselves as South Africa and how we are doing compared to the rest of
the globe concerning the issues contained in this report regarding young people'.

"This trend creates the prospect for a so-called "Demographic Dividend', in
which resources can be invested into activities that promote social and economic
development, and growth.'

"Government has recognised the problem of poor economic participation of young
people and has put in place numerous policy interventions geared towards bringing
youth into the mainstream of the economy to enhance social inclusion and cohesion.

"Through the National Treasury and Department of Labour, we introduced youth
unemployment policy options for South Africa with the aim of incentivising entities to
employ young people.

"The Department of Economic Development has introduced a short-to-medium
term multi-pronged strategy that aims to propose interventions that provide young
people with income and opportunities, and encourages community service and
engagements around targeted programmes to enable entry into the economic
mainstream.

"The NYDA has provided the Integrated Youth Development Strategy (IYDS) with
the key mandate of implementing interventions geared towards the economic
participation of young people, namely, youth work, national youth services, and
education and skills relevant to economic empowerment,' said the Minister.

She added that government was striving to provide an opportunity to raise the
share of youth-owned businesses and to support youth to engage in co-operatives
in the country.

"Social entrepreneurship is another area that needs exploration in the South
African context. It may be very useful for the youth development sector to explore
and harness this approach in the quest for increasing entrepreneurship amongst the
youth, especially those in rural areas.'

The National Development Plan is clear about the need for skills development in
promoting economic growth and reaching related goals and the country has done
well in the past 20 years of democracy to ensure that practically all children who
should be in primary school are there.

"Collectively, the government, young people, parents, civil society, the private
sector and all other stakeholders must try to ensure that our youth optimally use the
educational opportunities that are at their disposal.'

She said there was also a need to promote gender equality. -
SAnews.gov.za