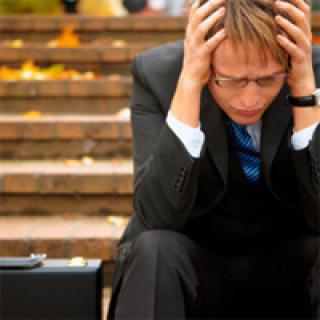 Just five years ago the annual Gordon Institute of Business Science (GIBS) Youth Survey highlighted a society that was upbeat about the future and their career prospects. Back then 74% of learners felt SA was a good place to have a successful career. In 2017, just 53% of respondents said they planned to build a future in the country. The about turn is a consequence of political infighting, ratings downgrades, the recent news that South Africa has slipped into recession and an unemployment rate of 27.7%. At the present moment, South Africans under the age of 25 who account for 51.5% of the population are hardest hit by unemployment.

The survey, conducted annually as part of the GIBS CareerExpo, polls 2500 Grade 11 and Grade 12 learners on a variety of subjects, from politics, race, career opportunities, the history of the country and the quality of the education system. While the racial demographics of the respondents broadly matched those of the country as a whole, the survey comprised 68% female respondents.

While the class of 2012 largely believed that South Africa would be a better place to work when they entered the job market in 2016 and 80% looked forward to a great life in the country, the learners of 2017 felt less prepared and certainly less confident. Only 56% felt that the quality of their school education was adequately preparing them for either the world of work or for tertiary studies. A more positive 64% had faith in the country’s tertiary education system to set them up for the future.

Encouragingly 64% of respondents believed they were able to influence the future of the country, a statistic which highlights the youth’s strong desire to make a difference. However, unlike 2015 when a whopping 75% of respondents felt that political engagement could be an effective tool to bring about change, only 53% of 2017 learners held this view.

Whether or not this indicates disillusionment with the current state of politics in the country is a topic worth exploring further, but it certainly was not the case that the class of 2017 was politically unaware. In fact, 61% felt that “everyone should pay attention to South Africa politics” and 60% said they were engaging in discussions on political issues with peers or family members (up from 38% in 2015). In fact, 60% of respondents said they discussed politics at least twice a week and 46% claimed to access political information more than three times per week.

While South Africa’s youth appear to be politically aware, the same cannot be said of their grasp of the past. While 70% of respondents agreed that democracy had a positive effect on their lives, their knowledge of the road taken to get to this point in South Africa’s history was littered with holes. Most (70%) of students did not know that Thabo Mbeki, not Jacob Zuma, was not a prisoner on Robben Island and 67% thought the Constitution was adopted in 1994, not 1996.

That said, 57% of respondents did feel that South Africa’s current reality was directly linked to the past and 61% said history was an important subject in the school curriculum.

Commenting on the results, Abdullah Verachia, GIBS’s Executive Director for the Centre for Leadership and Dialogue (CL&D), emphasised the importance of engaging with the youth about the history of the country, the role of nation building, and what this might mean for their futures. “These are the future leaders of our country,” he said. “It is up to us all to share our lessons and learnings, to take time to listen and engage. Our youth is a barometer of sentiment in South Africa. Listening to them can only strengthen the pipeline of future talent and ensure a robust future for our country.”

The GIBS CareerExpo is a GIBS CL&D initiative, which is run in conjunction with telecommunications firm MTN. It targets high-achieving learners from non-fee paying, inner city and township schools to former model C and private schools around Gauteng.