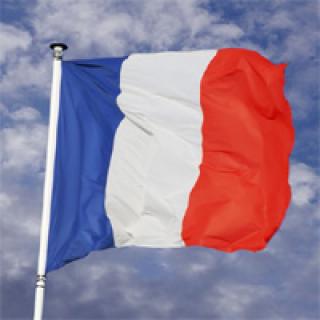 The company has made the country proud at a time that Youth Month is being commemorated by clinching the global TV series and specials MIFA Pitches at the festival that was created in 1960. The MIFA Pitches showcase the best in original animation projects in their first phase of development.

Trade and Industry Minister, Dr Rob Davies, congratulated the company on their win at the recently concluded festival.

“It’s encouraging to see black animators entering the space, which is still white dominated. The Department of Trade and Industry [dti] is committed to ensuring that transformation takes place in sectors that are regarded as specialised.

"This success builds on that achieved by fellow South African company Triggerfish Animation Studios, which over the last two years has won the top prize for TV production at Annecy, and is in competition for the same prize this year with their work on the BBC1 Christmas special, Highway Rat,” said Davies on Monday.

Diprente executive Isaac Mogajane said the win was an exciting milestone for their animation studio.

“As we are about to begin production on our first animated series, Anansi, having a second show celebrated on the global stage and receive attention from companies such as Disney further validates the international appeal of the content that the company and the country is creating,” said Mogojane.

Annecy International Animation Film Festival (Festival International du Film d’Animation d’Annecy, abbreviated as AIAFF) takes place at the beginning of June in the town of Annecy. It became an annual event in 1998. This year’s festival ran from 11 to 16 June (Youth Day).

The Minister welcomed Diprente’s commitment to job creation amongst the youth. He also commended the company on its transformation and skills development programme, where the company sources young talent with an emphasis on identifying, hiring and up-skilling previously disadvantaged individuals.

Davies said the commitment of Diprente to skills development and local recruitment further supported and motivated other emerging black owned production companies and producers active within the sector.

A team of government officials from the dti; the National Film and Video Foundation (NFVF); the Department of Arts and Culture; KwaZulu-Natal Film Commission and Wesgro also participated through various forums.

Diprente, which has been active since 2009, has produced numerous feature films, television series and branded content campaigns -- some of which were supported by the dti film incentives.

The company has been nominated for two international Emmy awards, has won numerous South African Film and Television Awards (SAFTAs) and is the first South African company to produce a Netflix Original feature film, Catching Feelings.

The company has recently launched an animation studio in Johannesburg, which will kick off with a globally sold kids’ series, Anansi. – SAnews.gov.za

END_OF_DOCUMENT_TOKEN_TO_BE_REPLACED

ExecuTrain has been an industry-leading business training provider for over 30 years, delivering training based on each organisation’s specific business needs.