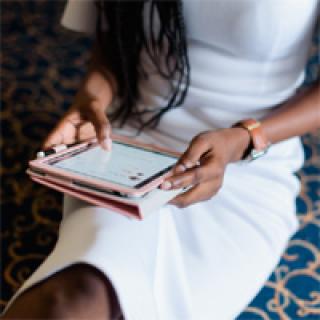 South Africa’s massive unemployment rate under its youth is currently estimated at around 52% and the percentage of youth absorbed into the formal economy is a mere 12.2%, justifying South Africans’ concerns about the matter. Although job creation is a global challenge, the low skills and education levels of the unemployed in South Africa undoubtedly exacerbates this predicament.

Job creation initiatives
During the recent Job Summit, initiatives and agreements reached between government and large organisations promise the creation of an additional 275,000 jobs per annum over the coming years. "Youth employment interventions worldwide have shown to have a positive impact on labour market outcomes,” says Dr Karina de Bruin, Managing Director at JvR Academy and counseling psychologist.

She says skills development, the promotion of entrepreneurship, subsidised employment programmes, and youth employment services greatly assist in achieving this positive impact. “These may however not lead to immediate positive effects on labour market outcomes. Investments in human capital take time to bear fruit.”

Job destroyers
The quality of education instilled in the individual is often questionable. De Bruin says instead of taking responsibility for their own upskilling and finding a job, individuals often look around them and lose hope when they see so many other unemployed and in the same dire situation they find themselves in.

“At their immediate environment or social level, there is often a lack of successful role models and negative influences by family members and peers.” She adds that at the broader societal and political level, factors such as socioeconomic status, state capture and corruption lead to lower levels of trust and skepticism from investors in the SA economy.

The result is an economy that is being deprived of meaningful investment in its human capital – education and skills development. Author of “South Africa Can Work” and labour lawyer Frans Rautenbach writes in an article that regulation and labour legislation increase the cost of labour. “So employers buy less of it”.

The role of legislation
De Bruin says labour market legislations are necessary to address inequalities, protect temporary workers and improve working conditions. However, they sometimes create barriers for entry into the job market. “Worldwide, research has indicated that when government intervenes in the workplace, it does not necessarily decrease inequalities and it often leads to an increase in unemployment.”

She adds that employers generally do not respond very positively when governments are too prescriptive in terms of how they should do business. “Employers often choose to downscale on temporary employees rather than offering them permanent employment. Or they choose to outsource some of their activities rather than employing people full time.”

The need for job security, minimum wage laws and other conditions of employment often prevent people on the lower levels of the spectrum, from finding employment. Especially the non-skilled worker is missing out on opportunities to earn a wage (even if they are willing to offer their services at a much lower wage than prescribed), says De Bruin.

They are deprived of the opportunity to show how they can make a valuable contribution to the workplace. When appointed on a temporary basis, employers have the chance to observe their potential, which may lead to long-term and better employment prospects. At the least, they would have proven their willingness to work, reflecting on a positive attitude – a quality equally important than technical skills and experience.

“Even opportunities to be involved in temporary or low paying jobs, provide a chance to gain work experience – exactly what employers are looking for in prospective employees.”

The differentiators
The success of employment intervention programmes largely depends on how they are designed and implemented. De Bruin says it is critical to ensure alignment between individual strengths and the type of work environment where an individual applies these strengths.

It is also imperative that efficient mentoring and monitoring occur. “The intensity and scale of the skills development programmes contribute to the success of these programmes.” De Bruin notes that too often these programmes merely provide the youth with a once-off development opportunity with limited impact. “These programmes are a waste of time and money, but the numbers often satisfy the sponsors.”

Her advice: “Rather focus on longer-term skills programmes, including technical skills and workplace soft skills, where participants are mentored, monitored and the learning gets cemented by means of continuous learning touch points.”

Work readiness programmes, particularly, could be integrated into the school curriculum and should rather be a continuous exposure to the development of skills needed to enter and remain in the workplace. It is also important to instill a greater appreciation and recognition for trades qualifications. Certainly, in our current economic climate, Matric or a higher education qualification is not the only ticket into the job market.