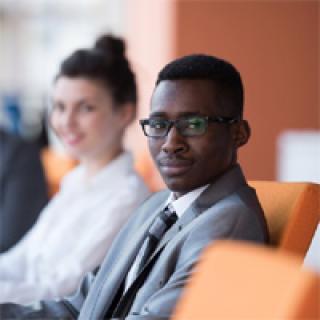 Public Enterprises Minister Lynne Brown has urged the youth of Mkhuhlu in Mpumalanga to go into careers that the South African economy needs.

“We are here to urge you to get the results you need to enter the careers our economy needs. There is presently a critical imbalance. The unemployment rate is increasing, but we suffer from skills shortages. There are precious few jobs available, but lots of vacancies for those with a grounding in maths and science,” she said on Monday.

The Minister was on a National Development Plan (NDP) 2030 Back-to-School Imbizo in the area.

Through the New Growth Path Policy Framework, government and social partners at NEDLAC committed to improving the skills base of the country through initiatives including the Basic Education Accord and the National Skills Accord.

“These commitments are based on a frank recognition that while South Africa has made significant progress in establishing a stable market-based economy, it still faces critical challenges consolidating our democratic gains. We need to break down the hideously wide divide between haves and have-nots,” she said.

During her imbizo, Minister Brown, together with community leaders, handed over bursaries, mobile libraries and school shoes, among others.

The imbizo was the Minister’s second visit to the area after the electrification of the area in April 2016.

“I made a commitment to return with representatives of some of the state-owned companies to create a few engineers and medical doctors from your ranks. We need zoologists and botanists, geologists, vets, civil, mechanical and electrical engineers. Some of them should come from Mkhuhlu.”

The Minister said these companies must also help to develop the country.

“These companies have responsibilities above and beyond the responsibilities of private companies, whose only interest is the bottom line. Our companies must not just be profitable; they must also help drive the developmental needs of our country. They collectively employ tens of thousands of citizens.”

“They have the power, collectively, to drive transformation. But they can’t do it without you. The “you” that comes equipped with maths and science,” said Minister Brown to the community.