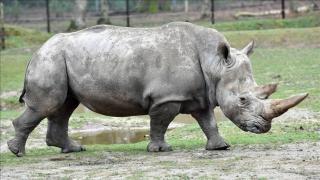 Rhino horn worth R11.6 million has been discovered at OR Tambo International Airport, according to the South African Revenue Service (SARS).

A total of 41 pieces of rhino horn were valued at R115.66 million in a consignment declared as “fine art” on Tuesday by customs teams aided by detector dogs.

SARS said the consignment of six boxes, containing the horns that had been concealed in carbon paper and foil, was destined for Kuala Lampur.

Meanwhile, SARS customs officials also found abalone valued at close to R1 million, destined for Hong Kong, and ephedrine valued at R600 000, which had been hidden in two printer cartridges and destined for Madagascar.

“Criminal and illicit economic activities are rife and result in billions of Rands of losses in tax and customs revenue to the fiscus. In addition, it does seriously harm to our domestic economy. I am therefore very pleased with the success at ORTIA by our customs officials.

“I wish to express sincere appreciation to our customs officers for this diligence in fighting these unacceptable criminal activities,” he said.

Kieswetter issued a stern warning to those who are engaged in criminal syndicate work.

“We will spare no effort in confronting and dealing with any criminal acts that threatens the well-being of our country and depriving our future generation from witnessing the beauty of nature as represented by our rhinoceros. We will not rest until all are caught,” he said.