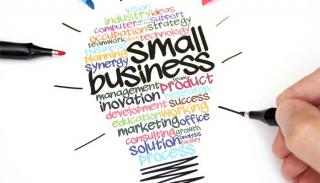 Following the backlash it received due to its latest TRESemme ad, the Clicks Group, owners of Clicks stores and United Pharmaceutical Distributors (UPD), has committed to increasing spending on SMMEs (small, medium and micro enterprises).

Clicks customers can also expect to see more local beauty, hair care brands and other products on its shelves.

Clicks Chief Executive Officer, Vikesh Ramsunder made this commitment during a meeting with Small Business Development Minister, Khumbudzo Ntshavheni, and a senior delegation from the department.

The meeting follows the publication of an offensive advert for a hair product by TRESemme on Clicks’s digital platforms.

The retailer has since removed all TRESemme products from its shelves with the intention of using the space to support more local brands instead.

Clicks has also vowed to involve their suppliers to mentor SMMEs across the company’s value chain.

Ntshavheni noted that this preferential procurement spend includes spending on large, established but not fully empowered companies and does not add to building an inclusive economy.

“The department will assist Clicks to focus on SMMEs which are owned by black women, the youth and people with disabilities. We want Clicks Group to contribute to the localisation drive of government by placing more South African products on their shelves,” Ntshavheni said.

The Minister also dedicated her department and agencies to help SMMEs that are capable of supplying the Clicks Group, with matters relating to compliance to product quality, safety standards and regulatory requirements, and help to upgrade the manufacturing capacity of these small businesses.

The Clicks Group, along with the Department of Small Business Development have established a working team to finalise the plan of action and monitor the progress on specific short, medium, and long-term focus areas.