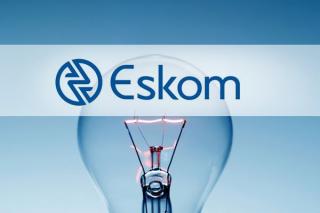 Eskom on Wednesday announced the launch of an educational campaign aimed at teaching the public about illegal connections and other matters that have an impact on the national power grid.

“Eskom is embarking on a strong communications drive to educate the public about illegal connections, the load reduction drive and other issues impacting the national power grid – infrastructure theft, meter tampering and illegal vending,” it said in a statement.

Over the next few months, the power utility said it will be focusing on three primary areas in Gauteng and KwaZulu-Natal where electricity theft through illegal connections and network overloading are rife.

The education drive will also be rolled out nationally.

“The drive is to educate the communities on the dangers of illegal connections, network overloading and the impact on the communities. Since mid-May Eskom has implemented load reduction and, unlike load-shedding, this is not due to a shortage of electricity generation capacity,” said the utility.

Load reduction refers to when Eskom switches off power to localised areas where illegal connections cause overload leading to infrastructural damage.

“The objective of load reduction is to protect Eskom’s infrastructure by reducing electricity usage during peak times, which is when the most damage occurs and managing the impact on the transformers and mini-substations in that area.

"Once a transformer or mini-substation is overloaded, it explodes and as a result, that entire area will be out of power.  When a transformer explodes, it can’t be fixed, it has to be replaced and replacing a transformer can cost anywhere between R80 000 to R100 000,” said Group Executive for Eskom’s Distribution Division, Monde Bala.

Eskom went on to remind the public that illegal connections illegal and interfere with Eskom infrastructure.

“These replacements are costing Eskom billions of Rand annually. Eskom’s main concern is that illegal connections are a danger to the community, and often result in serious injury or even death, and damage to property.”

It said that the excessive use of electricity as a result of the illegal connections overloads transformers which can ultimately result in explosions and bouts of load shedding that will leave all homes, traffic lights and businesses in the area without power.

Another key component of the communication drive is to address the issue of non-payment.

“In the Eskom customer base alone, some 1.7 million customers out of a total of 6.6 million are not paying for electricity consumed. Add to this the municipal debt of R30.9 billion and it leaves Eskom in a precarious financial position,” said the power utility.

Eskom has urged the public to pay for the electricity they use and to not engage in illegal connections.