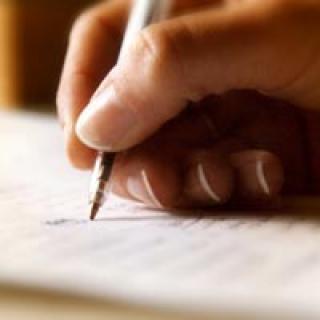 A major reason for producing a good BEE scorecard is to satisfy clients. The
higher the score the better the chances of your company being awarded
business.

Achieving a good scorecard takes considerable amounts of effort and
commitment. Suppliers would need to appoint a verification agency to do an
audit or a consultancy to assist them attain that high score. Once appointed the
supplier would ask for a confirmation letter or an in-progress letter to confirm to
their client that something was happening.

We call this the "Excuse Letter"

Unfortunately we see a company issuing an "excuse letter' far too often.
The letter says something like "we are in the process of getting a BEE
certificate'.

Sometimes the letter is issued by an accredited agency that confirms the
company is in the process of being verified. Some of these letters have a cut-off
date - stating that the letter is valid for three months from date of issue.

The letters mean nothing, other than a promise of obtaining a valid
certificate.
Far too often a supplier uses the letter as a substitute for a genuine certificate
when they have no intention of getting a certificate. Just this month we saw a
letter issued by a reputable agency dated April 2012 that stated the agency is
currently verifying the company. Obviously something happened that stopped
the process because the company still does not have a certificate and it does
not take 2 years to verify a company.

Two years is not the longest time we have seen companies using the same
excuse letter with a promise of issuing a genuine certificate. If my supplier gave
me a meaningless promise I would be wary of any other promise he made to
me, and I probably would not continue buying from him.

In contacting the companies they usually confirm that they are no longer in
the process of verification. This makes their excuse letter a serious fronting
indicator.

On a much more positive note: we are beginning to see many companies
electing to reject any "excuse letter' in favour of other already compliant
suppliers. Those companies now realise that if a supplier hasn?t managed to get
a compliant scorecard by now then they likely won?t have one in three months
like their letter suggests.

We suggest that, companies who don?t have a current valid scorecard and
want to give their valuable clients a commitment, give a commitment in the form
of an internal fully calculated preliminary scorecard. It might even make sense to
create a secondary profile out of the scorecard data. Practically you will then
give your client a scorecard that is equally as unacceptable from a verification
viewpoint, however in our view. Shows a significantly greater commitment which
is far more likely to result in a verified scorecard.

If you have been in the process of verification for a number of years please
contact us on 011 483 1190 and contact EconoBEE about our
target="_new"> Managed Service so that
we can help you progress from "in process" to "verified".