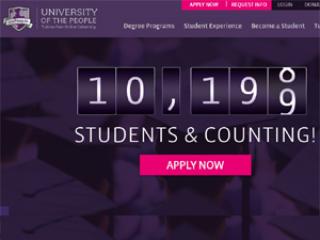 The Department of Higher Education and Training has informed the Skills Portal that they have withdrawn the press release they issued on Friday the 8th September claiming that a bogus university was launching in Johannesburg.

Shai Reshef, founder and president of the University of the People (UoPeople) has defended his organisation after the Department of Higher Education and Training warned South Africans to stay away from them.

Reshef hit back against the claims. "The warning … was completely incorrect. UoPeople immediately contacted the DHET with official confirmation that UoPeople is a legitimate online university and the DHET promptly withdrew the warning from their website".

"UoPeople is a nonprofit, tuition-free, online institution of higher education licensed by the Bureau of Private Postsecondary Education (BPPE) of the State of California, United States, and accredited by the U.S. Department of Education-recognized Distance Education Accrediting Commission (DEAC)".

"We enroll over 10,199 students from over 200 countries and territories (including 400 South Africans), " Reshef added.

A spokesperson for the DHET told Skills Portal that an investigation revealed that the launch did not result in the establishment of a University in South Africa. "The University of the People remains a US based University with their on-line operations based in the US, as per their explanation, and without any legal or physical presence in South Africa".

The DHET also confirmed that the UoPeople had provided evidence of the accreditation by US authorities - and as a result they had withdrawn their warning about the institution.

Outlining the UoPeople's credentials Reshef told us that the University leadership includes renowned academics from some of the best universities in the world.

"UoPeople has academic partnerships with UC Berkeley, in which UoPeople associate degree holders are eligible to apply to continue their studies toward a bachelor degree on campus at Berkeley; NYU, to accept students on a generous scholarship; and with Yale Law School ISP, for research. UoPeople is also affiliated with the UN, UNESCO and Ashoka, among others. UoPeople’s corporate partners include Microsoft, which sponsors scholarships for African students; and HP which sponsors a women’s scholarship fund," Reshef explained.