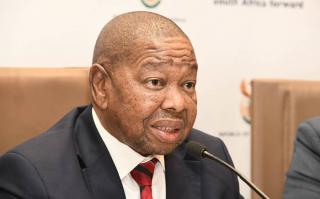 The National Students Financial Aid Scheme (NSFAS) has confirmed the validity of reports that they will be cutting funding from some programmes this year.

NSFAS CEO, Andile Nongogo sent out a circular to universities, explaining that the scheme was in the process of reviewing the current qualifications that are being funded.

A decision was then made to no longer fund qualifications with the word “national” in the title. This decision will affect first time enrolling students studying the following qualifications:

However those courses are all being phased out so students are not able to start studying those courses.  Those who have already started on those courses can complete them and will still be funded by NSFAS if they were supported up until now.

NSFAS confirmed in a statement that those wishing to study teaching could still register for the new version of the B Ed degree that will be offered at National Qualifications Framework Level 7. (The previous degree was at level 8). The B Cur (nursing) qualification has been replaced by a new Bachelor of Nursing degree which is elegible for NSFAS funding.

The decision to review funding came after cuts were made to the national budget, as R1.1 billion of the higher education budget was allocated to the South African Airways (SAA) rescue plan.

The Higher Education sector has been advocating for students to study qualifications that are less concentrated.

“This list is updated every two years, and marks an important step towards helping us understand better the needs of the labour market, and signals opportunities where our students and graduates are likely to stand a better chance of finding employment,” said Nzimande.

The Minister said students should use this list as a guide for the qualifications they should study towards.

“Too many students rush into courses or programmes that we’re not short of in South Africa and are oversubscribed, which is breeding unemployment,”

“This is just breeding unemployment and we are still spending a good percentage of NSFAS money to support students who are not going to get jobs at the end of the day because they are in areas that are not in high demand…so students also need to look at this list.” said Nzimande.

The Department of Health will continue to provide nursing bursaries to students in need, however this will not be enough to cover all students that will be affected by the NSFAS budget cut.

More bursary opportunities for students studying a wide range of qualifications can also be found on the Bursaries Portal.

This article was updated on the 23rd of February.