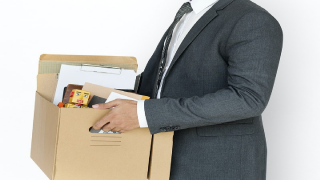 However, while retrenchments and poor performance terminations should not be ‘mixed and matched’, there are circumstances where these two legal concepts might overlap in practice.

Firstly, when considering possible retrenchments employers are required to use fair and objective criteria in deciding which employees should be retrenched and which should retain their jobs. While last-in-first-out (LIFO) is the criterion that unions prefer, the law allows the employer to consider using other fair and objective criteria. This is why employers sometimes prefer to use work performance as the retrenchment selection criterion. However, employers are warned that, while the retrenchment code of good practice does not specifically outlaw this, it also does not specifically permit it. Also,  implementing performance measurement in a fair and objective manner can be very tricky. For these reasons employers should be extremely careful before even considering the use of work performance as a retrenchment selection criterion.

However, as a rule, such an approach is dangerous, especially where the employees are being blamed for the department’s poor performance. On the other hand, poor performance retrenchments are somewhat less dangerous in cases where the fault lies with the efficiency of the department as a whole due to factors such as work organisation, outdated techniques, organisation structure or inefficient production methods. Put another way, where the cause of the poor performance is seen not as systemic but rather as the slackness of one or more employees this problem should be dealt with via a performance correction procedure rather than via retrenchments.

One case that appears to contradict this principle is that of FAWU and others vs Ruto mills (Pty) Ltd (CLL Vol. 17 No. 6, January 2008). In this case the employees were retrenched due to their collective poor work performance. The Labour Court found the retrenchments to be fair. It appears that this unusual decision was made for a combination of reasons including:

Despite the fact that the employer won in this case employers should not see this as a licence to get rid of poor performers via retrenchments. In the case of SA Mutual vs IBSA & others (2001, 9 BLLR 1045) the Labour Appeal Court found that the retrenchment of the employees was in fact a disguised dismissal of the employees for poor work performance.

In 2005 a similar finding was made in the case of NEHAWU  vs Medicor (CLL Vol. 17 No. 6January 2008). And In South African Airways vs Bogopa & others (2007, 11 BLLR 1065) the employer retrenched some employees after it discovered inefficiencies in one of its departments. The Labour Appeal Court found the retrenchments to be unfair. One of the reasons for this decision was that the employer used the retrenchment procedure to solve problems relating to poor performance.

It frequently occurs that groups of employees are performing below standard and that this causes operational problems such as production shortfalls, reduction in orders or loss of clients. However, instead of using retrenchments to resolve these problems employers should obtain expert assistance in resolving the performance problem.

To register for our 16 July webinar on Investigating in the Covid Environment please contact Ronni on [email protected] or 0845217492.