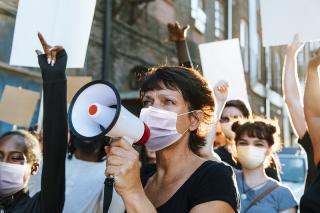 Whether employers, who issue provisional ultimatums to employees who participate in unprotected strike action, may subsequently dismiss employees who comply with the ultimatum.

In the case of Association of Mineworkers and Construction Union obo Rantho and others v Samancor Western Chrome Mines [2021] 3 BLLR 236 (LAC) (1 October 2020), the LAC had to determine whether the dismissal of striking employees who complied with an ultimatum to cease striking and return to work was fair.

The facts of the case are briefly as follows. In 2013, members of the appellant union, the Association of Mineworkers and Construction Union ( “AMCU” ), participated in two unprotected strikes in support of a demand that AMCU be recognized as the sole bargaining agents in two of Samancor Western Chrome Mines’ (“Samancor“) chrome mines ( “the Western Chrome Mines” ). The first strike occurred in May 2013 and a final written warning, valid for 12 months, was issued to the striking employees.

A second strike commenced on 25 November 2013.  It was unprotected. Numerous attempts were made to get the striking employees to return to work. SMS’s were sent to them informing them they were to return to work. A written ultimatum was then issued on the evening of 25 November 2013 to night shift employees. The ultimatum provided, among others, that “If you do not intend to return to work, you and/or your representative are required to provide reasons as to why the Company should not issue a final ultimatum, requiring you to return to work, failing which the Company should not dismiss you”. In the ultimatum Samancor also reserved its right to take disciplinary action against the employees for participating in the unprotected strike. The following day another ultimatum was issued, in largely the same terms, to the day and afternoon shift employees.

The employees substantially complied with the ultimatums. Samanacor nonetheless took the decision to proceed with disciplinary action. Those members of AMCU who participated in the unprotected strike were dismissed (there were two other unions who were also involved in the strike). A settlement agreement was subsequently reached in terms of which Samancor would reemploy the dismissed employees, save for those employees who were on a final written warning as a result of participating in the first strike.

AMCU subsequently approached the Labour Court seeking an order, for various reasons, that their members’ dismissals were substantially and procedurally unfair. The LC held, among others, that the conduct of the individual applicants and the nature of the strike itself rendered the employment relationship intolerable and that, therefore, dismissal was an appropriate sanction. The LC held further that although the individual applicants did comply with the ultimatum, Samancor was still within its rights to institute disciplinary proceedings against them as they had participated in an unprotected strike.

The LAC referred to Item 6 of Schedule 8 of the Labour Relations Act 66 of 1995 ( “LRA” ) which recognises that while participation in strikes which do not comply with the provisions of the LRA does amount to misconduct, such conduct does not always warrant dismissal.

The LAC analysed Samancor’s preliminary ultimatum and held that it had specified hat dismissal would only follow if employees did not justify their refusal to return to work or did not obey a final ultimatum. Employees had all returned to work and a final ultimatum did not follow.

It was concluded that the dismissals of the individual appellants were substantively unfair. However, as the employees had engaged in unprotected strike action they were reinstated but with limited backpay.

Importance of the Case

Our law regards an ultimatum by the employer as a waiver of the right to dismiss for the period of its duration. Employers should pay careful attention to the manner in which ultimatums are worded as any ambiguity will be interpreted restrictively so as to protect the constitutional rights of employees.