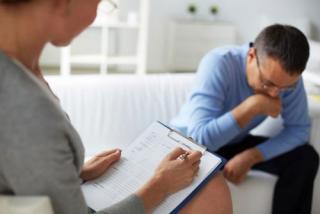 Given the nature, duration and consequences of the national lockdown currently in place, many employees may be experiencing heightened feelings of depression, anxiety and stress.

Case law has highlighted the importance of acknowledging and attempting to assist employees who suffer from mental health issues in the workplace.

The Labour Court (LC) case of Jansen v Legal Aid South Africa (2018) 39 ILJ 2024 (LC) (16 May 2018) (Jansen) is illustrative of the adverse consequences for employers who do not pay adequate attention to an employee’s mental condition.

Mr Jansen was employed as a paralegal at the Legal Aid South Africa “Employer) office in Riversdale with effect of 2 March 2007. Mr Jansen was an excellent and hardworking employee. However, in 2010 Mr Jansen was diagnosed with major depression. He was referred to hospital and prescribed anti-depressants.

A medical certificate reflecting Mr Jansen’s diagnosis of having major depression was provided to the Employer. Mr Jansen also approached Mr Walied Sait (“Sait”), the Employer’s administration manager at the time, to be placed on its wellness programme.

In 2011 Mr Jansen was formally diagnosed with depression and high anxiety. A copy of a medical certificate reflecting this diagnosis was provided to the Employer.

In 2012 and during his divorce proceedings Mr Jansen learnt that his wife was represented by his line manager without his prior knowledge which resulted in a further deterioration of his mental condition. Mr Jansen viewed such conduct as not only constituting a conflict of interest but also a betrayal.

During the latter part of 2012, Sait arranged for Mr Jansen to see a clinical psychologist.

The psychologist issued a report to the Employer which noted that Mr Jansen carried a lot of frustration, displayed symptoms of burnout and viewed his supervisor’s conduct as a betrayal. The psychologist recommended the issues be resolved as soon as possible in order to create a positive work environment.

Mr Jansen tried to meet with the Employer to discuss the matter, to no avail. Mr Jansen sent communications to the Employer’s National Human Resources Executive and Chief Executive Officer. He indicated management had triggered his condition. No response was forthcoming.

Mr Jansen’s conditions worsened to the extent he would disengage from everything and isolate himself for days. This state of affairs was exacerbated by, among others, the Employer’s failure to timeously pay portions of his salary to his children, as per a maintenance order and the failure to award him a performance bonus and notch increases.

In November 2013 his manager attended at Mr Jansen’s house to present him with a notice to attend a disciplinary hearing.

Mr Jansen was charged with committing the following acts of misconduct:

Prior to receiving the notice, Mr Jansen had contacted a resident psychologist at the Employer’s national office who had once again referred him to the clinical psychologist who subsequently prepared another report in December 2013. The report provided, among others, that Mr Jansen’s condition had worsened. He showed signs of burnout and was close to an emotional breakdown. It was recommended that he be provided with time off and sick leave.

At the disciplinary hearing, held on 20 November 2013 and 21 November 2013, Mr Jansen admitted the allegations against him but raised his mentation condition as a defence.

The chairperson found Mr Jansen guilty on all charges and recommended that he be summarily dismissed. Mr Jansen’s submissions that his behaviour was a result of his mental illness was rejected on the basis that there was no medical evidence to substantiate his claim. The chairperson held that the disciplinary enquiry related to misconduct and not incapacity.

After an adjournment, Mr Jansen submitted the latest psychologist report to the chairperson.

The chairperson refused to consider the report, arguing that it would be prejudicial to the Employer to have the matter reopened. Mr Jansen then submitted a copy of the report to the Employer’s chief legal executive. He dismissed the report as a basis for a defence to the charges levelled against Mr Jansen.

Mr Jansen approached the LC contending that his dismissal amounted to an automatically unfair dismissal in terms of the Labour Relations Act.

The Employer contended that Mr Jansen had failed to make out a prima facie case and decided not to present any argument before the LC. Rather, it argued that absolution from the instance should be granted. As a result, all the evidence presented by Mr Jansen before the LC was uncontested.

The LC held that it was common cause that Mr Jansen did not dispute the charges levelled against him. Mr Jansen maintained that his actions were to be attributed to his depression (i.e. disability) and his Employer’s failure to recognise and appropriately deal with his mental condition resulted in his dismissal.

During his disciplinary enquiry, Mr Jansen submitted proof of his mental condition, however, his Employer declined to consider it. Additionally, at the time Mr Jansen committed the acts of misconduct for which he was dismissed, he was suffering from and taking medication for his mental condition. The LC held that the Employer was fully aware of this as evidenced by Mr Jansen and the clinical psychologist’s testimony.

The LC found that, in the circumstances, the employer was under a duty to reasonably accommodate Mr Jansen but had failed to do so. There was a duty to institute an incapacity enquiry instead the Employer dismissed Mr Jansen for misconduct.

In so doing, the Employer had failed to consider the circumstances in which Mr Jansen’s conduct had occurred and the role his mental condition played in that misconduct.

The LC held that Mr Jansen’s depression was the sole cause of his dismissal. It was found that the Employer would not have dismissed Mr Jansen had he not suffered from depression. His conduct was inextricably linked to his mental condition.

For these reasons and the fact that the Employer was well informed of Mr Jansen’s mental condition, the LC ruled that Mr Jansen’s dismissal was automatically unfair and that he had indeed been unfairly discriminated against on the basis of his disability.

The Employer was ordered to reinstate Mr Jansen with full retrospective effect and additionally, was ordered to pay Mr Jansen six months’ salary as compensation for the distress he endured as a result of the unfair discrimination. Costs were also ordered in favour of Mr Jansen.

Employers should not ignore mental health issues in the workplace.

Dismissing an employee who suffers from a mental condition, of which the employer is aware, for misconduct where the conduct is inextricably linked with the employee’s mental health may amount to automatic unfair dismissal and/or unfair discrimination.

Employers should ensure that they have the necessary wellness programmes and/or health policies in place to enable them to adequately prepare and accommodate employees who might be suffering from mental health issues including such issues arising from COVID-19 and its related consequences.

Special attention should be given to employees who are predisposed to mental health conditions. These programmes and policies should also accommodate employees who work from home during the pandemic.