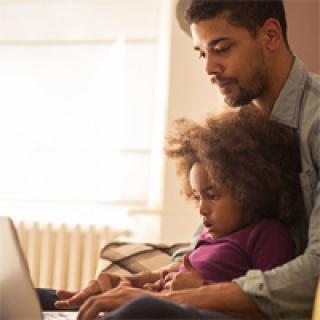 For people who did not have the opportunity to complete matric when they were younger, adult matric programmes have emerged as a viable solution. As example includes the newly launched distance learning programme, Zama Futhi (meaning ‘Second Chance’ in Zulu), which allows for South Africans to gain skills and a qualification that can positively impact their economic future.

Increasing the number of South Africans with a matric can form part of the solution to combat poverty and unemployment in a nation where historical and contemporary obstacles to education have wreaked havoc on the economy and resultant unemployment percentages. Programmes of this nature truly serve as significant motivation for adults who were not able to successfully complete their matric before the age of 21, to pursue a matric qualification as an adult student.

For adults without a matric, Zama Futhi, an initiative powered by Embury Institute for Higher Education (Embury), offers support to adult learners who would like to prepare for and write the Department of Basic Education’s (DBE) Senior Certificate (as amended). “The DBE allows South Africans over the age of 21 to rewrite one or all of their matric subjects, and the Zama Futhi Matric Pack has been put together by our team of education specialists with immense experience to help people achieve this, says Johan Human, CEO of Embury and principal of the Zama Futhi programme.

A matric also gives students access to a variety of further education opportunities. Depending on the Admission Points Score that they achieve, a successful student can gain access to learnerships and internships, colleges, further education and training institutions, other higher education programmes and qualifications, and universities.

In addition to the economic benefits, helping adult learners complete their matric can have important psychological advantages. Pursuing a qualification later in life can encourage self-discipline, goal setting, and passion and gives prospective adult matriculants a sense of purpose and hope for their future. Working towards a goal such as a matric qualification can improve self-esteem and restores dignity for people who were previously denied access to good education.

A study on adult learners by the UK Workers' Educational Association found that adults who pursue courses and qualifications experience positive mental health benefits and often see improvements to their general wellbeing as a result of their mature education experience.

“Zama Futhi is designed to provide a holistic approach to a matric qualification, with a blended and flexible learning model. The flexibility is built into the course to accommodate students who may be working or who have other responsibilities and will need access to tutors in the evenings and on weekends. Zama Futhi also allows learners to take just a few subjects at a time or to do their matric in a single go, depending on their needs and capacity,” says Human.

In addition to providing a study guide and textbook, the Zama Futhi model gives students access to an e-campus and online support, including upskilling in computer literacy. Along with supporting students in the content of their chosen subjects, experienced tutors help learners develop the academic skills to empower them to succeed and overcome subject-specific obstacles.

Although the Zama Futhi programme offers individuals the opportunity to upskill themselves, it also provides an avenue for corporate South Africa to empower their blue-collar workforce by registering their employees for the programme. “At Embury we are offering the programme free of charge to our employees who are determined to still gain their matric. We therefore challenge corporate South Africa to offer their employees the same opportunity,” notes Human.

By using a tool like Zama Futhi, South Africans who aspire to employment and career growth can get their matric and experience both the economic and psychological benefits of adult learning. It’s never too late to start. For more information visit www.zamafuthi.co.za.