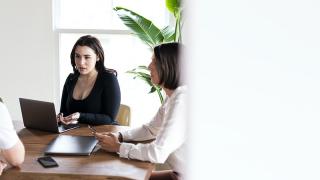 Section 158 of the Labour Relations Act (LRA) gives the Labour Court the power to issue interdicts preventing employers, employees or trade unions from proceeding with threatened or current actions.

On the other hand, the Court has the power, via interdicts to prevent or halt:

Normally, the applicant party requests an interdict in order to prevent an opposing party from proceeding with actions that the applicant sees as undesirable. Sometimes such an application is brought merely as a tactic to frustrate the opposition rather than because there is any real urgency or prejudice to the applicant.

However, the courts are quite miserly with their interdicts and are inclined to grant these only where the applicant can prove that:

In the case of Nyathi vs Special Investigating Unit (2011, 12 BLLR 1211) the employee was dismissed for refusing to undergo a polygraph test. Prior to the dismissal the employee applied for an interdict to prevent the termination. However the employer convinced the Court that:

In the case of Mahlalela vs Office of the Pension Fund Adjudicator (2011, 6  BLLR 587) the Court found that the applicant employee had shown that there was an urgency resulting from pending disciplinary proceedings but had neither raised his objections before the hearing’s presiding officer nor shown that a grave injustice would follow should the interdict not be ordered.

In the case of Volschenk & another vs Morero NO & others (2011, 3 BLLR 313) the Labour Court refused to issue an interdict halting a disciplinary hearing at which two employees were accused of committing financial irregularities. The employees claimed that the disciplinary proceedings should be stayed until they could obtain legal representation. They claimed that it was their right to have lawyers at the enquiry because:

The Court turned down the interdict application because the employees had failed to show:

The Court found further that the employer’s policy went beyond the requirements of the LRA and allowed trade union representation. The employees therefore had no grounds to claim that they were entitled to use lawyers instead of the trade union at their disciplinary hearing.

This decision conflicts to an extent with that in the case of Molope vs Mbha (2005, 3 BLLR 267) where the Court stated that every employee has the right to be represented by a person of his choice whether it be a union official or a lawyer.

While employers can take some heart from these decisions they are likely to find interdict decisions going against them should they fail to interpret properly the principles of justice in the labour law context.