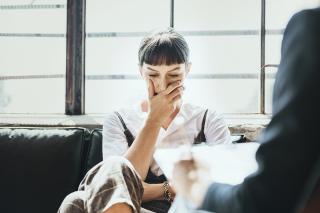 The employment relationship involves two parties - the employer and the employee - and accordingly there are three possible ways in which this relationship can end, or terminate.

However, it is usually only in the case of one type of termination, or one of these three possible scenarios, that the employee has recourse under South African labour law and in front of South African employment dispute resolution forums.

This is for the reason that the Labour Relations Act, 66 of 1995 ("LRA") which establishes an employee's fundamental rights not to be unfairly dismissed, and the protection against unfair labour practices, defines a dismissal as  accruing only when an employer has terminated employment with or without notice.  In other words, if the employee terminates the employment relationship (which is colloquially referred to as a resignation), or if the parties mutually agree to end the relationship, then there has not been a dismissal, as this requires the employer to act unilaterally to end the relationship.

This usually happens when the employer fires, or dismisses the employee due to employee misconduct, employee poor work performance, or the employer's operational requirements (in other words, due to retrenchment).  As such, if the employee resigns, there has been no dismissal, and the employee cannot claim that he/she was unfairly dismissed, and the Commission for Conciliation, Mediation and Arbitration ("CCMA") which adjudicates claims for (amongst other things) unfair dismissal, actually has no legal authority to entertain a dispute between the parties on the circumstances in which the employee resigned.

However, it is not always this clear, as was evident in the recent case of Mulabisane and Traditional African Home-Stays South Africa (2021) 30 CCMA 7.1.7 in which Mulabisane claimed that he had been dismissed by his employer and referred a dispute to the CCMA, seeking compensation.

However, although Mulabisane was able to indicate that his direct manager had told him that she didn’t wish to see him anymore, and that he would be paid out any monies owing to him, this was in response to Mulabisane first informing the employer that he intended to leave his employer to study full-time.  In the CCMA Mulabisane testified that his intention was not to resign but instead that he was "going back to school", but also that this would admittedly require him to do so full-time, and that he would no longer be able to work every day.  In assessing his conduct, the CCMA agreed with the position previously adopted by the Labour Appeal Court, when it stated in the case of CEPPWAWU and another v Glass & Aluminium 2000 CC (2002) 23 ILJ 695 (LAC) that –

“a resignation would have taken place if either by words or conduct the employee has shown by clear evidence and unambiguous intentions not to go on with his contract of employment nor fulfil his part of the contract.”

In this case, Mulabisane's conduct and failure to tender his services to his employer on a full-time basis, as he was obliged to do under his contract of employment, was properly interpreted as his intentional resignation from employment.  Mulabisane was found not to have been dismissed, and the CCMA dismissed his case.

The case is instructive in that employee's must be aware that they are obliged to perform for their employer as contractually agreed, and even conduct which indicates an intention not to do so can be regarded as a resignation which will terminate the employment relationship and which an employee can rely on to avoid disputes and liabilities which would otherwise arise.