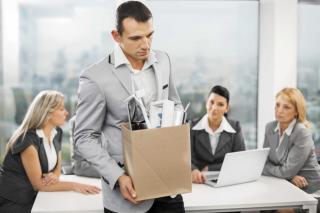 An employee is entitled, at any time in an employment relationship, to resign and walk away from his employer. This right, unlike in the case of an employer (which must, in terms of the Labour Relations Act (LRA), always be able to demonstrate that there is a fair reason for it to terminate the employment relationship and that it has followed a fair procedure to do so) is subject only to the condition, that the employer should work out the required notice period.

However, there are many circumstances in which an employee does not wish, or even refuses to do so.  What rights, if any, does an employer have in this case?

The contact can be more favourable, but can never allow for a lesser period of notice than that provided for by the BCEA, which requires a minimum notice period of one week's notice for the first six months of employment, two weeks notice for between 6 and 12 months employment and four weeks (one month) notice after a full year of employment.

Interestingly, the BEA also requires that although these amounts can be increased, the employee can never be required to give more notice than that required of the employer.  As mentioned above, however, what if the employee simply resigns with immediate effect?

Such conduct would be a breach of the contract of employment or a breach of the employee's statutory obligation in terms of the BCEA, and since the relationship between the parties is a form of contract, this breach would ordinarily entitle the employer to approach a court for the usual remedies for contractual breach, being either an order compelling the employee to comply with the contractual or statutory obligation.

In addition, if the employer has suffered damages due to the employee's breach, the employer could seek an order compensating it for such damages.

However, the Labour Courts have realised that employment is a special form of contract and have held that, where an employee unilaterally resigns without giving the required notice, the employer cannot simply ignore this fact, withhold acceptance of the resignation and insist that the employee work out the proper notice period.

In Sihlali v SA Broadcasting Corporation Ltd (2010) 31 ILJ 1477 (LC) the Labour Court held that "If resignation were to be valid only once it is accepted by an employer, the latter would in effect be entitled, by a simple stratagem of refusing to accept a tendered resignation, to require an employee to remain in employment against his or her will. This cannot be — it would reduce the employment relationship to a form of indentured labour."

This principle was followed more recently by the Labour Court in Naidoo & another v Standard Bank SA Ltd & another (2019) 40 ILJ 2589 (LC).  Here two employees were facing serious disciplinary action arising out of allegations of gross misconduct relating to the authorisation of trades by the Bank in excess of internal limits; when they resigned, Standard Bank sought to hold them to their 28 day notice periods and to proceed with the disciplinary processes.

However, the Labour Court found that the employee's unilateral act to resign with immediate effect, although a breach of contract, was (absent the Bank obtaining an order compelling the employees to comply with their notice periods, which the Bank had not sought) a valid act.

Employers should be aware that when an employee resigns with immediate effect, the employer's failure to accept such resignation is legally irrelevant, and the employment relationship has been terminated.

The only recourse for the employer is to approach a court to compel the employee to work out the contractual or statutory notice and to then act in that period before the employment relationship expires at the end of the notice period.