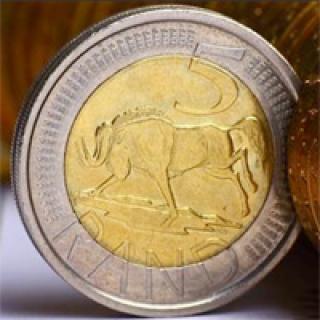 Who does the NMWA apply to?

The NMWA applies to all workers and their employers, except members of the South African National Defence Force, the National Intelligence Agency, the South African Secret Service; and volunteers who perform work for another person without remuneration. It applies to any person who works for another and who receives, or is entitled to receive, any payment for that work whether in money or in kind.

What is the national minimum wage?

Farm workers are entitled to a minimum wage of R18 per hour. A 'farm worker' means a worker who is employed mainly or wholly in connection with farming or forestry activities, and includes a domestic worker employed in a home on a farm or forestry environment and a security guard on a farm or other agricultural premises, excluding a security guard employed in the private security industry.

Workers who have concluded learnership agreements contemplated in section 17 of the Skills Development Act 97 of 1998 are entitled to the allowances contained in Schedule 2 of the NMWA.

How is the national minimum wage calculated?

The calculation of the national minimum wage is the amount payable in money for ordinary hours of work. It excludes:

'Ordinary hours of work' means the hours of work permitted in terms of section 9 of the Basic Conditions of Employment Act 75 of 1997 (BCEA) (currently 45 hours per week) or in terms of any agreement in terms of section 11 or 12 of the BCEA. worker is entitled to receive the national minimum wage for the number of hours that the worker works on any day. An employee or worker who works for less than four hours on any day must be paid for four hours on that day. This is applicable to employees or workers who earn less than the earnings threshold set by the Minister over time, presently being R205,433.30. If the worker is paid on a basis other than the number of hours worked, the worker may not be paid less than the national minimum wage for the ordinary hours of work.

Does a worker have a right to the national minimum wage?

Must a worker's contract of employment be amended in light of the NMWA?

When does the provisions of the NMWA come into effect?

Can an employer be exempt from paying the national minimum wage?

An employer or employer's organisation registered in terms of section 96 of the Labour Relations Act 66 of 1995 (LRA), or any other law, acting on behalf of a member, may apply for exemption from paying the national minimum wage. The exemption may not be granted for longer than one year and must specify the wage that the employer is required to pay workers. The exemption process provided for in the regulations to the NMWA must be complied with when doing so.

An employer or a registered employer's organisation may assist its members to apply to the delegated authority, for an exemption from paying the national minimum wage.

The application must be lodged on the National Minimum Wage Exemption System.

An exemption may only be granted if the delegated authority is satisfied that the employer cannot afford to pay the minimum wage, and every representative trade union has been meaningfully consulted or if there is no such trade union, the affected workers have been meaningfully consulted. The consultation process requires the employer to provide the other parties with a copy of the exemption application to be lodged on the online system.

The determination of whether an employer can afford to pay the minimum wage must be in accordance with the Commercial, Household, or Non-Profit Organisations Financial Decision Process outlined in Schedule 1 of the Regulations to the NMWA.

The delegated authority may grant an exemption from paying the national minimum wage only from the date of the application for the exemption. The exemption must specify the period for which it is granted, which may not be more than 12 months.

The delegated authority must specify the wage that the employer is required to pay workers, which may not be less than 90% of the national minimum wage.

The delegated authority may grant an exemption on any condition that advances the purposes of the NMWA.

If an exemption notice is withdrawn, the delegated authority must issue a notice of withdrawal on the Exemption System.

What is the role and responsibility of the National Minimum Wage Commission?

A National Minimum Wage Commission is established by the NMWA. The Commission must review the national minimum wage annually and make recommendations to the Minister on any adjustment of the national minimum wage. The recommendations must consider: inflation, the cost of living and the need to retain the value of the minimum wage; wage levels and collective bargaining outcomes; gross domestic product; productivity; ability of employers to carry on their businesses successfully; the operation of small, medium or micro-enterprises and new enterprises; the likely impact of the recommended adjustment on employment or the creation of employment; and any other relevant factor.