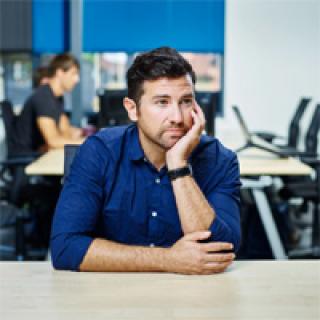 We communicate with one another in not only the spoken language but other forms as well such as tone of voice, facial expression, eye contact, hand gestures and posture otherwise known as body language. Long before spoken and written language evolved, non-verbal gestures were used as a way of communication. Over the years, leaders, have realised that if words are not aligned with our non-verbal communication cues, messages might be perceived differently than what was intended. These mixed messages might be “lost in translation” as some might put it.

There is a lot going on with your emotions and mind, and although you don’t always voice what you feel or think, it might be instinctively evident in your movement, eyes, tone of voice etc. You might also argue that the main way to communicate nowadays is through a digital platform like email, Skype etc. thus nonverbal cues might not seem as important as previously. However, there is still a lot of interaction between people, not only in the business world, but in your personal life as well. Business leaders do presentations, have face-to-face meetings, resolve conflict situations, coach and motivate their teams. They have to be an all-rounder when it comes to communicating effectively from listening to learning to aligning non-verbal and verbal messages so that the right message is delivered.

If you are aware of what your non-verbal communication cues reveal about your thoughts and emotions, you will instinctively be more attentive. It will help prevent sending the wrong messages to your co-workers if you look out for these cues:

Sometimes you can’t help frowning or perhaps squinting. Your facial expressions reveal a lot of what is going on inside your heart and mind. It can convey all your emotions without uttering a word. Facial expressions are very necessary in communicating effectively, because even an expressionless look might communicate that the person is uninterested or bored. Despite cultural differences, facial expressions are a universal language. People can spot a fake smile, and this might make you seem less genuine. But when a facial expression doesn’t match the verbal message, it might confuse or wrongly influence the listener and their perceptions.

Ever hear of the expression “eyes are the windows to the soul”? Eye contact or a lack thereof will reveal a great deal of your intentions with your verbal message. A lack of eye contact while talking to someone, might give the listener a reason to distrust you. When doing a presentation but looking at the floor the entire time, might portray the image of an unconfident speaker or even give away your nervousness that you want to hide.