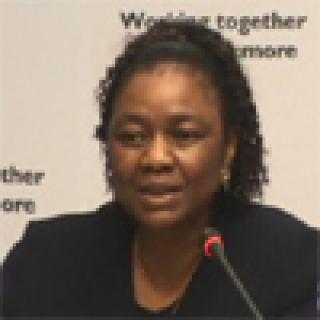 The issue of artisan development is a sensitive one for government as skills shortages in this field continue to plague the country. Higher Education and Training Deputy Minister Prof Hlengiwe Mkhize addresses the three major challenges facing the artisan sector and presents the framework for the 7 step development programme.

The Department of Higher Education and Training (DHET) "registered 24 378 new artisan learners and 13 168 completed their learning. The completion figure in particular is excellent as it is the highest since April 2007.'

The Deputy Minister thanked the Seta?s, employers and businesses partners for their contribution to developing skilled artisans, emphasising the department?s plan to move toward a more unified development strategy.

"As part of the work being led by the Minister, the department, through the National Artisan Moderation Body has developed a framework for a single national artisan development programme that is known as the 7-Steps to Becoming a Qualified Artisan.'

"These seven steps follow a natural logical progressive and simple to understand process for becoming an artisan.'

"This 7-Step programme was first discussed at the national skills conference held in October 2011 and was endorsed by all role players as a practical and useful framework for a national artisan development process.'

The DHET developed a second edition of the 7 Step booklets which details the inter-connectedness of these seven steps that will be released at the National Artisan Development Conference.

"Therefore this first National Artisan Development Conference that the Minister has approved for 4 to 5 July 2012 will allow stakeholders to further explore the 7-Step Programme and in particular build on work in progress to remove blockages that are impeding an efficient and effective massive roll out of the national 7-Step programme.'

The Minister identified three barriers to the progression and development of the artisan sector including; artisan data , funding and learner administration and Seta support.

The three key blockages have been identified and described by the Artisan and Technician Development Technical Task Team of the Human Resource Development Council as being:

"Artisan Development Data: Identifying and facilitating workplace training opportunities for an annual national target of learners as agreed with stakeholders and developing and implementing a single national artisan development database and management information system, based on a single, national rationalised list of artisan trades and implementing a system of continuous artisan trade development prioritisation that supports economic growth.'

"Funding and Learner Administration: Developing and implementing a single, guaranteed funding and learner administration system for all artisan trades applicable to all sectors. Sustainable Artisan RPL System: Developing and implementing a single national sustainable Recognition of Prior Learning (RPL) system for persons who work as artisan aides or engineering assistants. The National Artisan Development Conference will also explain the process that has already commenced within the department to remove the practices of the Manpower Training Act of 1981 and the implementation of the new Artisan Development regime provided for in the Skills Development Act as amended in 2008.'

"This includes the publication in the Government Gazette and release by the Minister at the Conference of the first ever list of 125 occupations that are considered to be artisan trades in South Africa and in other parts of the world. In conclusion I would like to stress the following key issues as we go forward: The need for the public FET Colleges to progressively take on a national and provincial leadership role as the implementation arm of the National Artisan Moderation Body. The need for SETAs to support the public FET Colleges and the National Artisan Moderation Body to implement a single non-sector based national artisan development programme."

"The need for the SETAs, the National Skills Fund and other funding agencies to support and commit to a single national funding and artisan learner administration model. The need for organised business and organised labour to collaborate with INDLELA to build a sustainable and efficient Recognition of Prior Learning System for all engineering support workers such as artisan aides and engineering assistants. The need for SETAs to ensure that all stakeholders in their respective sectors register ALL artisan learners including RPL candidates with the SETA.'

"The need for all SETAs to consistently, accurately and weekly upload all relevant artisan learner data to the centralised departmental artisan database to ensure a consistently accurate and credible supply pipeline data. In conclusion I would like to on behalf of the Minister formally release the first ever list of occupations that will be published in the Government Gazette as the official list of artisan trades.'