What is collective guilt, and how is it proved for a sustainable dismissal?

When an employer suspects that a group of employees may be cooperating in some way - in dishonest acts to defraud the company financially, or remove property - there is the suspicion of collective guilt. This week Ivan Israelstam examines how the Commission for Conciliation Mediation and Arbitration (CCMA) and labour courts have viewed this kind of collective behaviour. Ivan uses cases won and lost to demonstrate how crucial it is to consider the circumstances of the particular case. A Labour Appeal Court case shows what the employer needs to successfully prove such a case.

Employers frequently suspect that serious misconduct has occurred but are unable to prove which employee or employees are responsible. Some case law has given the impression that, in such circumstances, group dismissals may be justified. This impression has been given by two important cases; those involving Score Supermarkets and Snip Trading.
In the case of NUSFRAW  obo Gomez & others vs Score Supermarkets (2003, 8 BALR 925) a group of managers were dismissed as a result of stock losses amounting to six million rand. While there was no proof that these managers had stolen the missing stock, they were held responsible for the losses. They disputed their dismissals at the CCMA. The arbitrator found that the markedly poor management of the business by the dismissed employees (and others) had led to the losses, and the dismissal was justified.

Again in the case of FEDCRAW vs Snip Trading (Pty) Ltd the arbitrator ruled in favour of group dismissals. Here, the employer had a policy which held every employee responsible for stock losses. When stock disappeared several employees were fired despite the fact that the employer had not specifically proved that any one of these employees were guilty of the stock losses. The arbitrator found that the concept of group responsibility was fair under the circumstances as the employer’s interests had to be taken into account.

The stock losses at the store had, according to the employees, never previously exceeded 3%.

A thorough investigation had been carried out establishing that there had been serious stock losses.

The employees were unable to prove their claim that there had been a break in to the store on the night before they were challenged with the stock loss.

The employees had been unable to prove that the losses were for reasons beyond their control.

This meant that the employees were responsible for the losses.

Each employee was culpable for the failure of the group to avoid the shrinkage.

As it is extremely difficult for an employer to prove that shrinkage is due to the acts of particular employees, the employer is entitled to include, as terms in employment contracts, the employee’s duty to avoid shrinkage beyond reasonable limits.

The dismissals were fair.

The outcomes of these three cases have misled a number of employers into believing that group dismissals are fair. However, whether this is true will depend on the extent, to which the employees specifically have responsibility for prevention of losses, and have the means of preventing losses.

For example, in the case of FEDCRAW obo Mthimunye vs Rewmoor Investments 543 (Pty) Ltd (2008, 2 BALR 142) the entire staff working the retail store were dismissed after the employer suffered serious stock losses.
The CCMA found that:

The notion of collective guilt was repugnant;

Despite the existence of a clause in each employee’s contract to the effect that prevention of stock losses formed part of their conditions of employment, the employer had failed to prove that the dismissed employees were responsible for the stock losses;

As a result all the employees were reinstated with full back pay.

The correct actions of the employer will differ from case to case depending on a number of legal subtleties and interpretations. An important difference between the Rewmoor case and the Foschini case appears that the employer in the latter case was able to convince the court that there were no other likely reasons for the stock losses - other than the negligence and/or dishonesty of the employees. The provision of such proof requires, amongst other things, tight security measures, meticulous records, and evidentiary techniques that show how tight security is.
The purpose of this approach is to show the court that:

There was no way that a large volume of stock could go missing over the relevant period of time, other than due to the misconduct of staff; and
The dismissed employees must either have been involved in the theft, or knew about it, or were negligent in not knowing about it.

This, combined with showing that the employees had a duty to protect the employer from such losses, will go a long way towards making a group dismissal stick.

BY Ivan Israelstam, Chief Executive of Labour Law Management Consulting. He may be contacted on (011) 888-7944 or 0828522973 or via e-mail address: [email protected]. Website address: www.labourlawadvice.co.za.
To register for our 7 May webinar on Lockdown Labour Law please contact Ronni on [email protected] or 0845217492. 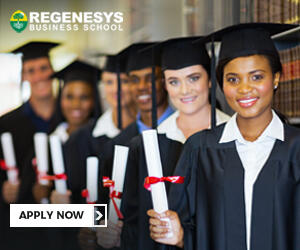 What rights do employers have to discipline employees for misconduct perpetrated outside the workplace? While employers have very few rights under the Labour Relations Act (LRA) they do have the right to discipline and even to dismiss employees for work related misconduct. However, a dismissal will only be upheld by the CCMA, bargaining council or Labour Court where:

Why are the CCMA Guidelines on misconduct so important?

This week Ivan Israelstam explains that the CCMA has produced guidelines, which will guide the work of commissioners arbitrating dismissal disputes. The guidelines explain that rulings should be lawful, reasonable, and procedurally fair, which gives effect to the Constitutional right to fair administrative action (s33(1)).

If employees are imprisoned, are they automatically dismissed?

Dismissing employees who have been arrested can be dangerous. That is the view of Ivan Israelstam, who this week explains why he makes that statement. He provides examples from the Commission for Conciliation Mediation and Abitration (CCMA), bargaining council, Labour Court and Labour Appeal Court, so that employers can see exactly how they should interpret their obligations.

Who defines what is unfair in labour matters?

Labour law is mainly devoted to protecting employee jobs and the onus to prove
that
there has been misconduct in the workplace lies heavily on the shoulders of
dissatisfied employers.The
Code of Good Practice stresses that dismissal must be the last resort taken by
employers.