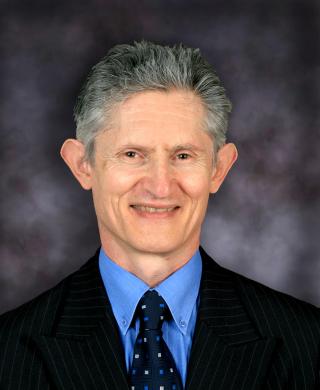 Employers have normally disallowed external legal representatives to represent accused employees at disciplinary hearings. This is mainly due to the provisions of Schedule 8 of the Labour Relations Act (LRA), which states that when an enquiry is held into an employee’s alleged misconduct “The employee should be allowed …… the assistance of a trade union representative or fellow employee.”

However, case law seems to have shifted these goalposts. In the case of MEC: Department of Finance, Economic Affairs and Tourism: Northern Province vs Schoon Godwilly Mahumani (Case number 478/03 SCA. Report by Dr Elize Strydom distributed 30 January 2005), the employee was refused the right to an external legal representative.

The employer appealed against this judgement to the Supreme Court of appeal which decided that the accused employee at a disciplinary enquiry, could - under certain circumstances - be entitled to be represented by a legal representative at a disciplinary hearing. This court found that clause 2.8 of the employer’s disciplinary code labelled the code as a guideline that may be departed from under appropriate circumstances. This gave presiding officers the right to use their discretion in deciding whether to depart from the prohibition on legal representation.

In the case of Molope vs Mbha (2005, 3 BLLR 267) an area manager was dismissed for unauthorised use of funds and was brought to a disciplinary hearing. The accused employee chose a colleague to represent her, but shortly before the disciplinary hearing this colleague decided not to represent Mbha. The employee therefore applied for a postponement in order to obtain another representative but the employer refused. The hearing continued and the employee was dismissed. The CCMA found the dismissal to be fair in all respects.

However, while the Labour Court agreed that the dismissal was substantively fair, it found the dismissal to be procedurally unfair. This was because the employer had refused to postpone the hearing. The Court also said that “it is now established that one of the requirements of a procedurally fair hearing embraces the entitlement of an employee to be represented thereat by a co-employee or a trade union official or a lawyer.” This last finding appears, at first glance to mean that employees at disciplinary hearings are automatically entitled to representation by outside parties such as union officials and lawyers. However, on closer scrutiny, this might not be what the Court was saying. The Court said that such representation was a right that employees must be given at “hearings”. The Court did not say ‘disciplinary hearings’. Thus it is therefore possible that the Court was referring to hearings in general and included hearings at the workplace, at CCMA, and at court. Should this have been the Labour Court’s intention then legal representation at internal disciplinary hearings need not be seen as an automatic right.

However, it is not clear what the Court in the Molope case meant; and the Mahumani decision still exists. Employers are therefore advised, when receiving applications for external representation, to consider whether:

The above case findings have major consequences for employers engaging in disciplinary hearings. In particular: