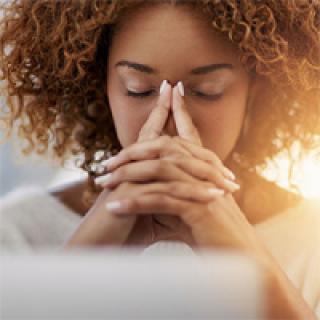 South African labour law has developed a rich body of case law since the Labour Relations Act was first introduced in 1995, and most employees are well aware of their rights not be unfairly dismissed, and to not be subject to unfair labour practices.

Additionally, it is usually easy to determine when an act on the part of the employer has taken place which constitutes a dismissal or action which might be an unfair labour practice. However, when it comes to bullying in the workplace, the path towards a resolution is less clear. Although statistical data relating to the South African workplace is sparse, it is not unreasonable to assume that statistics from the United States would not have a fair correlation to the South African experience; in this regard a 2013 Workplace Bullying Institute (WBI) poll showed that 68% of executives considered “workplace bullying a serious problem” and the 2014 Survey showed 48% of Americans are affected by workplace bullying.

In terms of existing labour laws, bullying is not specifically defined or referred to in any of the legislation, including the Labour Relations Act, the Basic Conditions of Employment Act, or the Employment Equity Act. However, the Employment Equity Act in section 6)(1) does contain a prohibition against unfair discrimination, such that "No person may unfairly discriminate, directly or indirectly, against an employee, in any employment policy or practice, on one or more grounds, including race, gender, sex, pregnancy, marital status, family responsibility, ethnic or social origin, colour, sexual orientation, age, disability, religion, HIV status, conscience, belief, political opinion, culture, language, birth or on any other arbitrary ground." Section 6(2) also provides that "Harassment of an employee is a form of unfair discrimination and is prohibited on any one, or a combination of grounds of unfair discrimination listed in subsection (1)." Generally, bullying will be recognised as harassment, and therefore unfair discrimination.

Even if the reason for the bullying is not one of the listed grounds (race, gender etc.) provided that the reason can be demonstrated, a case for harassment can be made out.

In the case of Mkhize and Dube Transport (2019) 40 ILJ 929 (CCMA), in which the employee referred a complaint for bullying to the CCMA as an unfair dismissal claim, the CCMA exercised its discretion to assess the real reason for the employee's referral, and determined that although the employee had referred a dispute for unfair dismissal, the true complaint was about victimisation in the workplace. The employee had alleged that the HR manager of the employer was bullying and victimising her, both inside and outside of the workplace, and that although she had ultimately been dismissed for medical incapacity, the employer had actually sought to use this as a convenient method to get rid of her, after having lodged a grievance about the bullying allegations.

Although the CCMA didn’t have to contend with the facts of the matter, it confirmed that where an employee has a dispute about bullying, victimisation or harassment, although the CCMA can always conciliate the dispute, if the parties fails to agree on a resolution, the next step (arbitration) must be at the Labour Court, as the dismissal then could be an automatically unfair dismissal, which the Labour Court has exclusive jurisdiction to determine. This approach, that bullying is a form of harassment, and to be dealt with in terms of the EEA as unfair discrimination, was also recently confirmed in Private Sector Workers Trade Union on behalf of Opperman and Gerrie Ebersohn Attorneys (2019) 40 ILJ 1159 (CCMA).

If the employee has not been dismissed and remains employed, the appropriate referral would be for unfair discrimination in terms of the EEA; if the employee has been dismissed, the appropriate referral would be for automatically unfair dismissal (based on unfair discrimination). Interestingly, in the case of Simmadari v Absa Bank Ltd (2018) 39 ILJ 1819 (LC), the Labour Court found that these two referrals are not mutually exclusive, and a dismissed employee may refer both claims simultaneously.