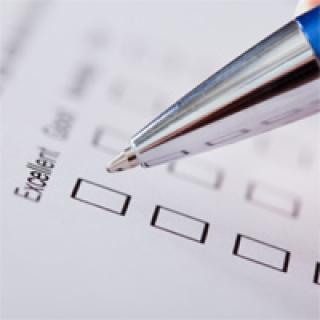 Qualifications fraud is a big problem in South Africa and, although not prominent at executive level, it does happen. To stamp out this practice, the National Qualifications Framework Amendment Act 12 of 2019 was signed into law on the 13th of August this year. It provides that people presenting false qualifications could serve up to five years in prison.

Being a businessperson who depends on honest, qualified staff, I am very happy about this development. In a country where corruption is exposed daily and where honesty and trust need to be reinstated, it will help prevent further fraud and corruption. At least there is now a material penalty to deter recruits from using forged qualifications.

However, the law does not solve the larger issue of candidates lying on their CVs.

In a struggling economy, jobseekers may be tempted to falsify information that could help them gain employment or skip some rungs on the ladder to the career and lifestyle to which they aspire. They might lie about previous titles held, their actual reward packages, their scope of responsibility, having a criminal record, being blacklisted or any other facts that either hinder or help their quest for their next top paying position.

Verification firm, Managed Integrity Evaluation, says that of 552,000 CVs it checked in 2017, 14.3% of candidates had misrepresented themselves or lied about their qualifications.

Executives typically face rigorous background checks and generally know better than to lie on their CVs. However, there are exceptions to the rule. For those who lack integrity, their desire to get ahead may tempt them to obtain false qualifications, withhold past wrongdoings or fabricate achievements.

Such actions are not only criminal but could bring into question the integrity of the hiring organisation's governance framework as well as having a negative impact on its growth and sustainability.

Yet, to cut costs, some companies are forgoing the extensive checks performed by executive search firms through their validation partners and the resulting analysis that gives assurance of a sound hire.

Executives are sometimes appointed by virtue of being a member of a trusted circle of business associates. Reward packages may be negotiated over a game of golf, and the position awarded without independent background checks. This is extremely risky.

Research has proved we’re not as good at reading people as we think. Knowing you can trust executive hires through fact-based research, trumps feelings of trust derived from regular social or business interactions. An appropriate rule of thumb is “better the devil you know” because that’s the devil you can avoid.

In a time of public demand for better corporate governance, as well as transparency and justification of executive remuneration, every organisation must ensure the executives it employs have faultless track records. By using impartial executive recruiters or so-called headhunters, that engage trusted verification agencies to validate qualifications down to the finest detail, it will find the leaders it deserves.