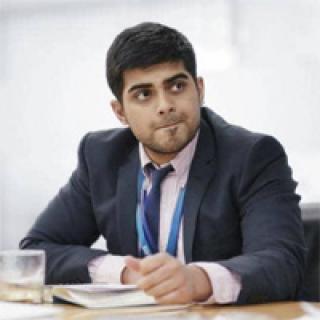 It is no secret that professional networking builds competencies and creates strategic relationships, while also expanding an individual’s visibility and credibility. However, not all networking has the same effect. In fact, you can think of networking in either one of two ways: bridging or bonding.

Harvard psychology professor Dr. Robert Putnam defined connection – which he calls social capital – in two ways: Bridging that brings together people of different backgrounds (widening your network), and bonding that brings together people of similar backgrounds and interests (deepening your network). According to this theory, networks can either build weak ties, or reinforce existing relationships.

“Both these theories have important roles to play in professional networking,” says Lyndy van den Barselaar, managing director at ManpowerGroup South Africa. “As the landscape continues to evolve, and the lifespan of skills shortens, building and sustaining meaningful connections with people becomes increasingly important – not only for career development opportunities but also for opportunities around mentoring and career counselling.”

Here is a guide to when to bridge and when to bond.

When you are new or growing in your role, you need to build a support system around you. This includes establishing open communication with your supervisors and direct reports, but it also means building an informal network of insiders and knowledgeable colleagues who can “show you the ropes”, mentor and guide you.

Bonding with those around you can help you discover important information that isn’t in the employee job manual. “Bonding assists with ensuring you and your team are working towards a similar goal, which is a win-win for the team and the organisation as a whole,” says van den Barselaar.

Building this rapport means internal networking. It could mean joining the company soccer team, going to lunches with colleagues instead of eating at your desk, or leaving notes of gratitude on someone’s desk. It can take many forms depending on your style, but the end result is deepened trust and understanding with those who work closely with you. This will help you succeed in your current role and ensure higher job satisfaction on your part, explains van den Barselaar.

Bridging is best when you’re established in your current role, and you want to start looking beyond to new opportunities. For obvious reasons, that means that you’re likely not going to directly approach people at your current company and ask for introductions to other firms.

Widening your circle can be accomplished through traditional mixer networking, but also using online tools. You can use social media, for example, to bridge the gaps in your network, as long as you use it in the right way.

For example, one study about Facebook showed that not all actions are the same and have the same effect. Receiving direct messages on Facebook – unlike reading the news feed – increased bridging because it provided an opportunity to communicate with weak ties. So be active on Facebook to network, don’t just browse.

According to World Wide Worx Social Media Landscape report 2017, about 16 million adults in South Africa (29% of South Africa’s population) are active on Facebook. Additionally, LinkedIn reported this year that it now has over 500 million members worldwide, of which 6.8 million reside in South Africa. “These statistics give a good indication of the fact that opportunities for online networking are rife for South Africans,” explains van den Barselaar.

Through social media, you can cultivate your connections with those on the periphery of your network.

In summary, it can be valuable to think about networking in different ways at various stages of your career. Reflect on what you need to accomplish at this point, and then seek bridging or bonding accordingly.