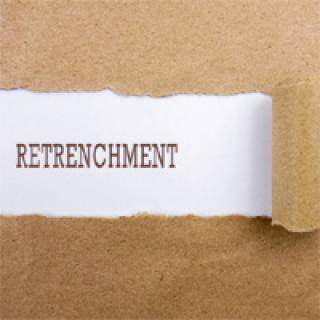 Retrenchments in South African law are regulated in terms of section 189 of the Labour Relations Act 66 of 1995 (LRA).

This section sets out procedural guidelines on how employers should go about conducting the retrenchment consultation exercise before making any final decisions about retrenchments. Primarily, employers are enjoined to consider all alternatives to avoid retrenchments, or to minimise the number of retrenchments.

If an employee is retrenched, he/she may approach the CCMA or Labour Courts to determine if the dismissal was unfair, and if so, the CCMA and Labour Courts can award the employee monetary compensation, reinstatement or re-employment.

In this regard, it is useful to note the approach of the Constitutional Court in Karin Steenkamp and Others v Edcon Limited (30 April 2019) which discussed whether compensation should be the first remedy that an employee seeks when referring a unfair retrenchment dispute to the courts or the CCMA.

After adopting the above stance, the Constitutional Court referred the matter back to the Labour Court, at which point Steenkamp and her fellows framed their dispute as a unfair dismissal (due to procedural unfairness, flowing from the failure to comply with the mandatory 60 day consultation period). The Constitutional Court ultimately had to make a decision on whether remuneration is a self-standing remedy, or the only available remedy which can be granted, when an employee claims unfair dismissal arising from a retrenchment. The court answered this question in the negative and stated that other remedies must be considered first before determining whether the award of compensation is appropriate.

Other remedies for unfair dismissal if an employee has been retrenched which employees can appeal to are provided for in the legislation. As mentioned above, these can also be reinstatement or re-employment. Also, if the employer is in the process of consulting, and pre-empts the outcome of this process (insofar as where a large scale retrenchment takes place, which applied in the case of Edcon's exercise, there is a mandatory 60 day consultation process) an affected employee can approach the labour court seeking an order compelling the employer to comply with a fair procedure, interdicting or restraining the employer from dismissing their employee before complying with a fair retrenchment procedure, or asking for an order directing the employer to reinstate the employee until the employer has complied with the requirements of a fair retrenchment. Only if these remedies are not appropriate, can the employee seek an award of compensation.

In addition to the above relief, the labour court may make any appropriate order, including granting urgent interim relief, an interdict, an order directing performance of any act to remedy the wrong and give effect to the primary objectives of the LRA, a declaratory order, an award of compensation, an award of damages and an order for costs. As mentioned by the Constitutional Court, the primary purpose of these sections is "thus to allow for early corrective action to get the retrenchment process back on track."

Practically, employees that are subjected to an unfair procedure during a retrenchment process will have to accept that dismissal which occur before the end of the consultation period cannot be ignored or considered invalid, and the affected employees have many more remedies to their disposal than compensation, and that the courts will consider whether a better remedy exists which can correct the error so that unfairness is avoided.