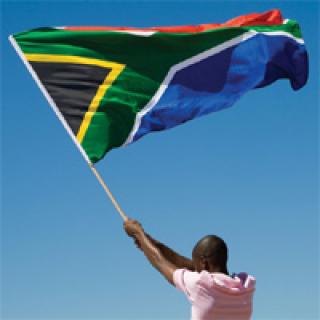 A high employment rate, quality education, less teenage pregnancy and a place where children’s rights are not violated -- these are some of the dreams young South Africans have for a better country.

Young leaders representing various provinces got an opportunity today to raise challenges facing them and share their dreams and vision for the country with Members of Parliament during the Youth Summit held in Cape Town.

As part of the 2018 Centenary Celebrations, the Nelson Mandela Children’s Fund, in partnership with the Department of Tourism and South African Human Rights Commission (SAHRC), is hosting the Youth Summit, which creates a unique opportunity for children and youth to have their voices heard on matters that affect them.

A Mandela in every generation

It is a platform for children and youth to engage with different formations, including Chapter 9 Institutions, business, political leaders and other leaders from the society.

The objectives of the summit include to strengthen the understanding, appreciation and participation of children and youth in constitutional democracy, and to deliberate on matters highlighted by previous children’s parliament sittings, as well as youth provincial consultations.

“We need to create space for young leadership. If you have powers as a junior mayor, you’ll know how to deal with issues of the youth in that community.”

Dumisani Ndlovu from Pietermaritzburg, KwaZulu-Natal, who lives at a children’s home and attends a school for learners with additional needs, said he wants to see more jobs created for learners in special schools.

“I want to start my own woodwork business, where I will employ other learners from special schools because we don’t have an opportunity to study until Grade 12, but our school specialises in handwork,” said Ndlovu.

In his response to young people, Tourism Minister Derek Hanekom encouraged the youth to dream and do what they have to do in order to achieve their dreams.

“If we are not driven by high ideas, then what can drive us? I’ve been enriched in the sessions and I’m inspired and almost overwhelmed,” Hanekom said.

Hanekom challenged the youngsters to read the Preamble to the Constitution of South Africa and follow in Mandela’s footsteps.

“South Africa was blessed to have incredible leaders like him. He was not only a man of great wisdom, but he was also a man of great discipline and humility… He had respect for people. It’s up to us to take those qualities and we will become a better South Africa,” Hanekom said.

The Minister recommended that the Youth Summit become a regular annual event, as youth can help to turn the country into what it should be.